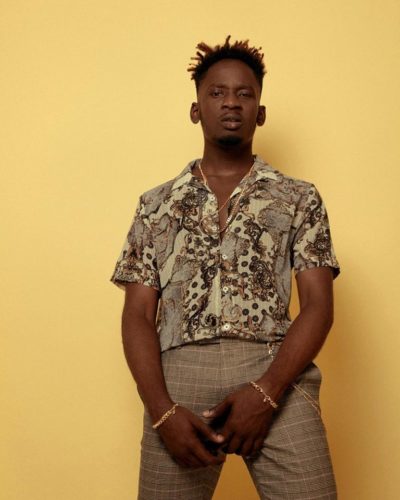 You all would remember we brought you news sometime last week about Mr Eazi postponing his Canada tour for a reason of not being able to get his international passport which was seized by the American embassy in the United Kingdom.
The latest development on the issue now has it that Mr Eazi has now been able to re-possess his international passport. The singer made an announcement of the news excitedly on his Instagram page just few minutes ago, thanking his fans for their understanding through out the challenging period. He also announced that as he earlier said, his March shows would now be rescheduled and posters rolled out for publicity of the shows.
Mr Eazi who was surely in a dancing mood wrote; “I have never been this happy to see my Passport!!!!! I wanna thank My Fans, My Team, & everyone for their support!! I have now gotten my ??work Visa. Cant wait to See You in Boston on Thursday, all other March dates as i earlier said will be rescheduled, Business as scheduled from April 4th!! New tour dates poster coming later today… thank you for your patience and support”