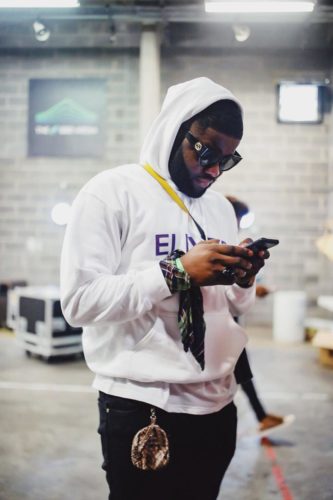 Skales would definitely be in some groovy mood now as news just rolled in that his 2014 hit single; “Shake Body” has featured in Season 2 Episode 8 of  American web series “Step Up – High Water.”

The web series which premiered on YouTube Premium is ranked as one of the most watched dance movie series of all time.
It is no news that Afrobeat sounds are already making major waves outside the shores of Africa, In North America most especially. There have been news spreading all over the place already about the large amount of streams, radio airplays and even shazamming that afrobeat songs get in the United States of America which is the largest music industry and music marketing territory in the world.
Although, there have been quite a number of Nigerian songs that have been used in Hollywood in the past, it still continues to be major news whenever there is report of any Nigerian music content drafted in by Hollywood regardless.
Skales has been one of the most consistent music makers in the Nigerian music industry since he left EME some years back and we are happy he could achieve such a big feat.
We guess the royalties will now begin to roll in for Mr Skales. Congratulations!
Watch the premiere video below