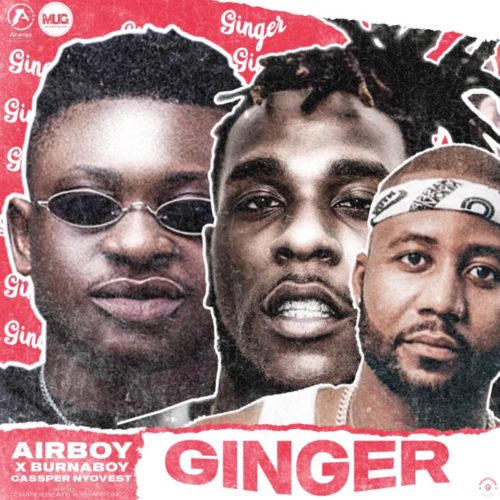 Airboy returns with another Burna Boy joint dubbed “Ginger”, this time around with the addition of Cassper Nyovest.

MashUpGang (MUG) Rugged Soldier, Airboy releases a new tune titled “Ginger” featuring Burna Boy and Cassper Nyovest to kick start the year. This is AirboyRado’s Debut single for 2020, the talented act made the announcement of this record earlier this year in January. Since then fans have been anticipating the record because of the massive success of his last joint with Burna Boy. “Ayepo Remix” was the jam

“Ginger” produced by Aquila Records producers; CharlieBeats and Phantom is a pop record with Afro vibe from Burna Boy the African Chart. The singers shares that no one can ginger/oppress them because they are the Boss of all Gingers-vibe.
Listen and Enjoy!