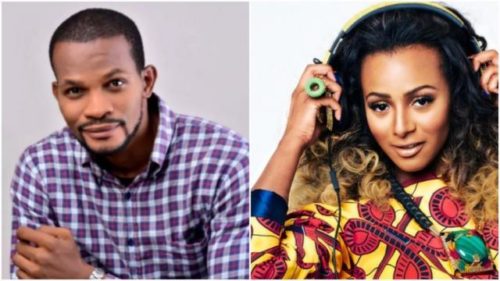 Taking to his Ingsrm page, the actor who has occasionally declared love for Cuppy revealed that he has paid the singer’s bride price spiritually and can’t wait for them to be finally man and wife. He added that Cuppy has the humility of Big brother ex-housemate, Tacha and also works hard despite being a billionaire’s daughter.
He wrote: I have paid @cuppymusic bride price spiritually, she has Tacha’s humility and meekness… ??If nobody congratulate me, i will congratulate myself because the spirit controls the physical, so i am optimistic that very soon #Cuppy will be mine physically, ?winners dont quit. Everyone knows #Tacha is like a #baby sister to me, and that is why i always support her,
i see the humility and meekness of #BBnaija2019 most intelligent and successful ex housemate in Cuppy, ?despite the fact that she is lucky to have a billionaire father, she works tirelessly every day even more than other #dj in #Naija, always supporting talent and creativity because she is a fountain of intelligence. ?Cuppy is a priceless jewel of honor and #beauty, i am the only man the gods have destined to pay her #bride price spiritually and in the physical.
See the post below: