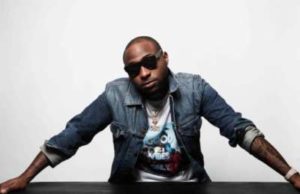 Davido continues to swim in the pool of controversies, as his threatening phone call to his accuser, Micheal Kaycee, recently got leaked.

Some days ago, a certain @MichealKaycee who claims to be a jeweler, called out Davido on Instagram, accusing the singer of owing him N60 million. The story blew up pretty fast and it quickly became the talk of the town.
Davido and some of his team members however trivialized the story and gave an impression that @MichealKaycee should not be taken seriously. Through social media comments and interview responses, they led the public to believe that there is no fact in the claim of the alleged jeweler.

However, @MichealKaycee has released a proof that he is indeed in contact with Davido. He leaked his recent phone conversation with the singer, on Instagram. Infact, it seems less of a conversation and more of an harassment. From the video shared on the Instagram page of @MichealKaycee, one would hear Davido cursing out the jeweler and his family member. Davido went on to threaten him, saying that if he (@MichealKaycee) comes to his house or his father’s office, he (Davido) would kill him.
Watch video below.