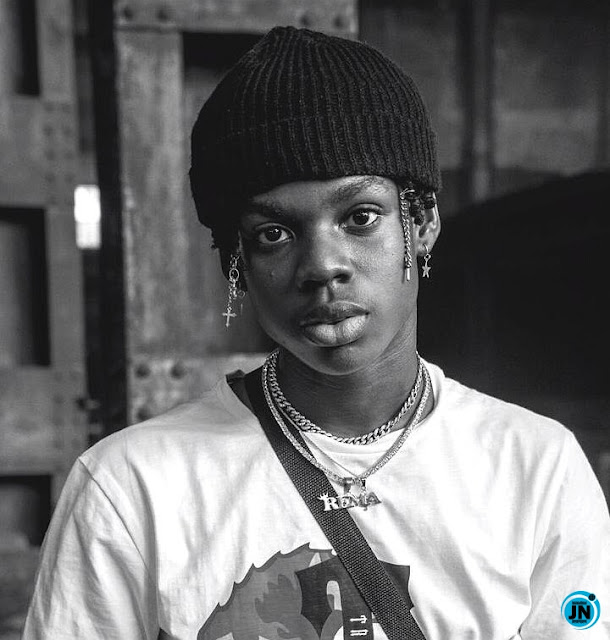 Mavin singer, Rema has shared a never heard before story about his journey to fame.

In a recent interview with Capital Xtra, the “Dumebi” singer spoke about his family, music, love life and plans for the future, According to him, he was signed to Mavin 18 months before the signing was announced to the public. At that time, he had just lost his father and brother and was desperate to provide for his mother.  “At some point, things got hard and I had to man up…. I had to work hard because I lost my brother and my dad… I had to work hard.”  Rema also revealed that hard work got him in shape and that he never goes to the gym.

He also spoke about how he worked with Rvssian and Divy the producer to make his latest singles, “Beamer” and “Rainbow”. “He’s (Rvssian is) a great guy, I was confused because he had some many beats… We made two songs that day, but I made ‘Beamer’ last. I spent a lot of hours and even Rvssian left.
“I made ‘Why’ that day – shout-out to Divvy the producer. ‘Why’ is a song about heartbreak. It made me really sad that day, so I asked Divvy to give me something upbeat to get excited by. So, I started making something about fast cars, girls and cool kid-stuff. I liked it and D’Prince and I started bumping to it.”
The singer revealed that he doesn’t drink and smoke. He added that he hates posting on social media, taking selfies and that he would also like to get into fashion. To him, it’s easy to get addicted to likes and comments on social media.
Watch the full interview below: