“Wizkid Is The Legend Of His Generation”- 2baba Hails Singer 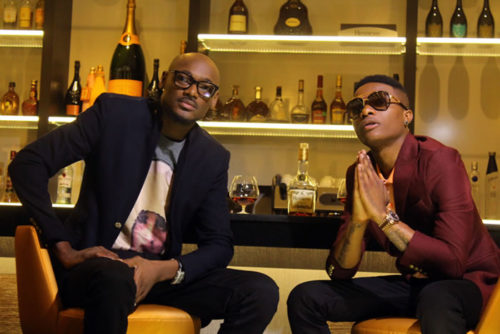 Nigerian award-winning singer, 2baba has declared Wizkid the legend of his generation.

In a recent interview, the “African Queen” singer spoke about how Wizkid made his way to become of the most influential artistes in the country. 2baba had a lot to say about the singer and even called him his younger brother. According to him, Wizkid is the legend of his generation and he doesn’t use the word “Legend” lightly as everyone now claims to be one.
2baba spoke about Wizkid’s lyrical game and revealed that he is merely giving his generation what they want. He said that Wizkid is sound lyrically and this can be known by listening to some of his old tracks. Speaking about his collaboration with Wizkid on his forthcoming album”Warrior”, he assured fans that the track would be one that they would enjoy.
See the video below: