Paul Praise — We say Thank You (Prod by Owen Charles) 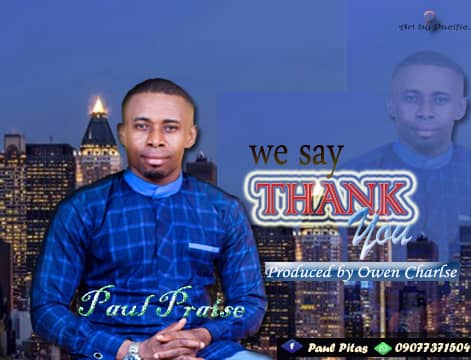 Paul Praise also know as Paul Peter is the general Overseers of Jesus Divine Grace Praise Healing Assembly, Located in Lagos Nigeria, he is a passionate musician and a performing Artist. He released his first album God of a New Thing in 2015 and He just released another lovely one titled 'We Say Thank You'. He featured Ng Iyke and Vickypraiz from Sovereign Music in the song.. He's happily married with Kids.