NEWLY DROPPED ⬇⬇⬇
Home fireboy Fireboy DML – “What If I Say” 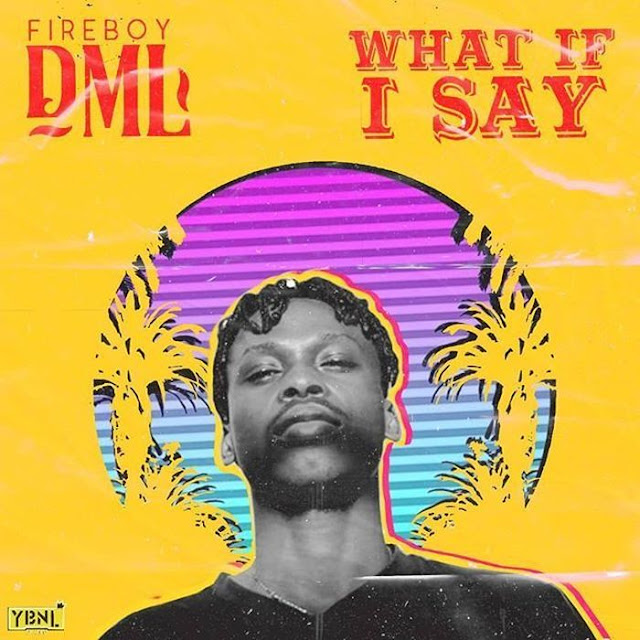 YBNL Nation talented recording artist, Fireboy DML comes through with a new masterpiece titled “What If I Say”.
Fireboy DML is arguably one of the most trending act in the music industry since the release of his hit “Jealous”.
However, sophomore single “WIIS” under YBNL serves as the singer’s  first official single of the year.
This smashing tune was produced by ace producer, Pheelz of the house of YBNL.
You can’t have enough of this mid tempo powerful song, it’s worth every penny you going spend on it by buying it or even streaming it.
However, the Jealous crooner has been compared, and place head to head with some already established acts in the game, like Kizz Daniel, Adekunle Gold etc.
Incase you haven’t listen to his first single, You can Listen to it HERE
In conclusion, This song should be one of the chart topping song on Digital stores in few days, the hype, the delivery and lyrics are so on point.
Listen & Download “Fireboy DML – What If I Say” below:-
Audio Player