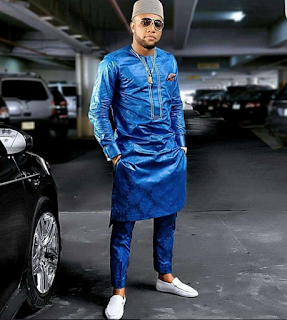 Five Star Music general, Kcee, has just announced the date of the arrival of his incoming album.
The singer took to his Instagram page to announce the title of the incoming album which he titles; “Eastern Conference” as well as the release date.
He said the album would be released on the 5th of April 2019, making it Kcee’s third solo studio album. The singer who has been off the scene since the start of 2018 revealed the album is going to be an avenue of letting the African people and the world have an understanding of the Nigerian culture.
He also revealed revealed the album is a compilation of high-life music – an old African genre of music that was rampant more in the 70’s and 80s.
It would be worthy of note to be aware that when this album drops, it will make it the third time Kcee will be dropping an album after the release of his debut album; “Take-over” in November, 2013 as well as his sophomore album; “Attention To Detail” which dropped in August, 2017.
It is however import to have it in mind as well that Kcee already had an album prior to the release of “Take Over” & “Attention To Detail” while he was a member of his former group; KC Presh. The two he released in the aftermath of his separation from the group are his solo albums and the incoming one will make it his third solo album.

This Album is dedicated to everyone who values their culture and is proud of their roots. We are African and proud and I have decided to showcase our indigenous highlife sound in its many forms to the world! Out April 5th 2019 #higlifemusic Welcome to #EasternConference The Album.
A post shared by KCEE (@iam_kcee) on Mar 22, 20