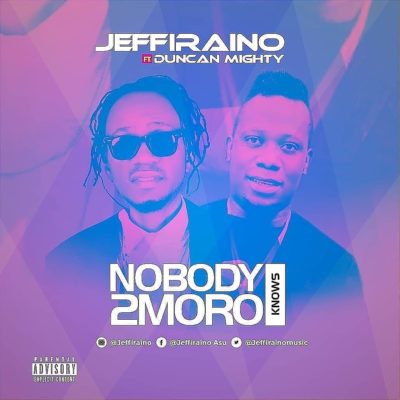 The biggest export in Bayelsa state Music industry finally premier his much talked about single which he teamed up with portharcourt first son “Duncan Mighty”
On the 30th of Nov the hit drops, it was disclosed to us that two weeks after this song was recorded, “Fake Love” Duncan Mighty X Wizkid  was recorded and released..
There was an arquement  between Duncan Mighty and Jeffiraino of who will own the song, this delayed the dropping of the song for months, its all sorted out, hands&ears on deck as we unleash this to the world.
Nov 30th….Tooexclusive updates had a chat with Jeffiraino, and this what he has to say, that Rekado banks of Marvin records and Squeeze Tarilla of Jojoent should be ready for him in court of material theft of the song tittle: “Showers Of Blessings” which was in MTN callertunez, which was released two plus now,I’m registered member of COnSoN and BMI.