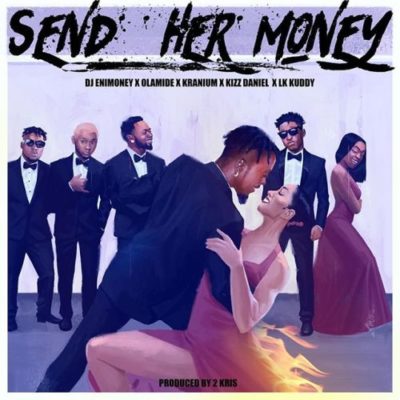 YBNL’s official Disc Jockey, DJ Enimoney comes through with a brand new banger titled “Send Her Money“.
DJ Enimoney who started the year with his hit song “Diet” taps YBNL boss, Olamide, Vado – Kizz Daniel, LK Kuddy and Jamaica reggae and dancehall act, Kranium to warp up the year also with a new banger titled “Send Her Money”.
Olamide serves it hot and Vado the Great, Kizz Daniel on the other takes this Mexican sound produced by 2kriz to the highest level. This new jam is fresh, hot and has full potentials to take over your playlist and the festive season.
“Send Her Money” is off the newly released “YBNL Mafia” album. Listen and share your thought about this jam below