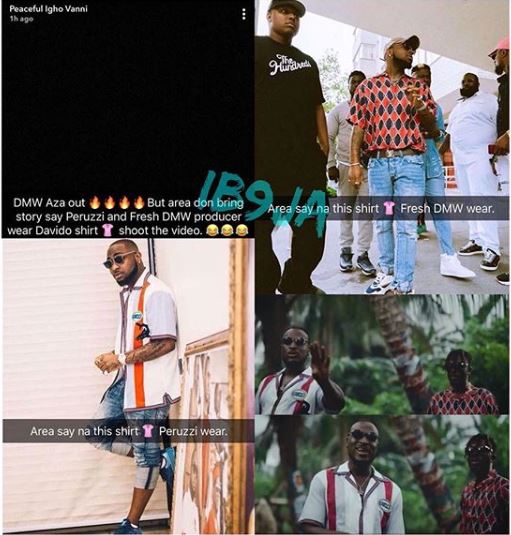 DMW signees, Peruzzi and Fresh VDM have been called out for donning Davido’s used clothes in the recently released Aza video.

Following the release of  the trending Aza video, it was observed that Peruzzi and Fresh donned shirts that have previously been worn by their label head, Davido.  A certain Instagram user named Peaceful Igho Vanni wrote;