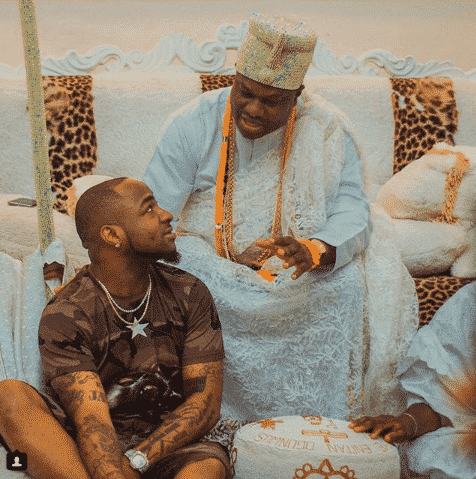 The newly crowned BET Best International Act has been on a tour since his return from the United States of America where the historic event was held. Upon his arrival in the country, the singer visited his father; and alongside his other family members he threw a party to celebrate his achievements.

The singer made the palace of the great Ooni of Ife is next destination and he was received by the royal hand. During his visit, Davido prostrated before the Ooni in a display of respect for culture and tradition.
The singer shared pictures from the memorable visit on his Instagram page and it has evoked a flood of commendations from his followers.
See his posts below.