posted by Chizzy on May 27, 2018
Tags
celebrity gist
news 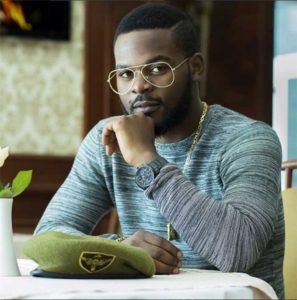 Falz has managed to draw mass attention to himself with the release of a remake version of Childish Gambino’s ‘This Is America’. He titled his own ‘This is Nigeria’ and it has sparked public reaction, even from producer and US business mogul, P. Diddy.

Some section of the fans have been lauding the brilliance of Falz in mirroring the Nigerian society through the video – exposing the ills in government and amongst the populace. The same way the original version mirrors the American society.

However, another section of the fans are critical of Falz’s action, calling him a fraud who stole the idea but the rapper has reacted and he stated that the concept behind the video is to remake the original idea by Childish Gambino in such a way that it would have similar impact on the Nigerian society. Falz urged his audience to focus on the message and let it drive them to action.
Surprisingly, P.Diddy joined in reacting to the video and he is for Falz. The iconic producer and businessman shared Falz’s video on Instagram and endorsed him with a caption that read ‘?????? @falzthebahdguy #nigeriaLETS GO!!!!!!!’
Watch video below.