posted by Chizzy on May 28, 2018
Tags
celebrity gist
news 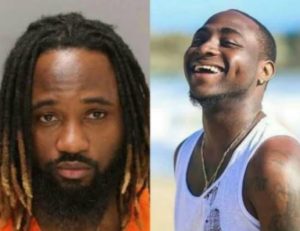 Davido‘s DMW label just got bigger with the recent addition of Sauce Kid aka Sinzu to the label. The rapper who recently got out of a U.S jail, has been making moves to ease his way back to mainstream music and Davido has stretched out his hand to help.

Since Suace Kid’s return, a lot of people started to talk about a collaboration between the two stars but a record deal was never really in sight. The two artistes share a relationship that dates back to 2011 when they collaborated on the hit song titled Carolina. Now, they look set to recreate those magical moments at Davido Music Worldwide.