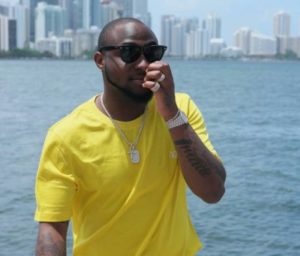 DMW BOSS, Davido showed-off his recently purchased 2017 Bentley and his expensive Ice Box timepiece in a new Instagram post. The singer who had an eventful 2017 which saw him own the “30 Billion” title before going on to rake in more than half a billion naira for his December concert, put his N94 million worth luxury car on display and everyone is talking about it on Instagram.
See his post below.