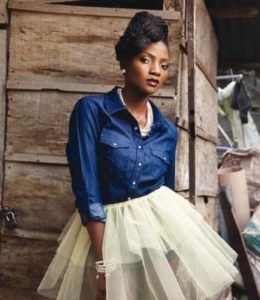 Following the negative reactions to the video released by actress, Miss Dorcas Shola Fapson (Miss DSF), as evidence to confirm her claims about nearly being kidnapped by a Taxify driver; Simi has defended the actress in a tweet. The actress released the video capturing the scene of her confrontation with her attacker, but rather than confirm her story, it further caused a divide between her sympathizers and her doubters. Simi has however shown her support for the actress in a tweet in which she said those doubting Miss DSF are “full of shit.”
See post below.


I don’t know what kind of bullshit mentality will cause someone to watch those videos and decide to talk trash abt Dorcas. I don’t give a shit abt the details that u have a problem with. U’re full of shit. Especially if u’re a chic and decided to bash her. U’re full of shit!
— Simi (@SympLySimi) 26 January 2018