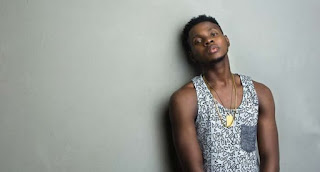 Following the announcement of his exit from his former label and the launch of a new brand named Flyboy INC, Kiss Daniel has been dragged to court by his ex-label, G-Worldwide. In a statement signed by the legal counsel to G-Worldwide Entertainment Limited, the singer is accused of intellectual property theft and the case has been placed before the Federal High Court, Lagos for judgement.
In the released statement, it was said that the singer signed a 7-year recording and artist management contract with the label in 2013 but has breached the contract by appointing a new manager, soliciting for booking and entering performance agreements without the label’s permission.
The story is not coming as a shock, as former label mate, sugarboy had earlier hinted at looming trouble for Kiss Daniel following his exit from the label. The story is however expected to generate reaction from the many Kiss Daniel fans who have been celebrating the singer’s move to launch his own label.
See pictures below.