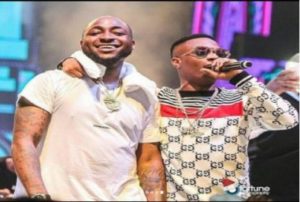 From intense rivalry to jolly friendship, the relationship between Wizkid and Davido is arguably the biggest source of entertainment for Nigerians, in recent times. Several fans have been wishing for the peaceful co-existence of the two music heavyweights and the wish has been granted.
The beginning of the newly found brotherhood can be traced to Wizkid’s concert, where the singer brought Davido on stage, in a move that shocked the entire music industry. It was expected that Davido would do the same at his 30 Billion concert and the expectation was met in a beautiful show of love between the two singers, as Davido joined Wizkid on stage to perform the trending Manya song.
Watch video below.