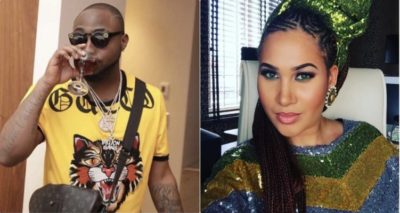 In recent weeks, Davido has been at the centre of media attention especially for the death of his friends,vTagbo and DJ Olu. The singer has been
faced with the challenge of clearing his name off the allegation and suspicion of being involved in the death of Tagbo, especially.
Davido was linked with the death of Tagbo by actress, Caroline Danjuma who seems particularly bitter than the singer and his crew members dumped Tagbo’s body at the hospital. The case was reported to the police for
investigation, which is expected to
determining whether Tagbo died of a natural cause or if he was murdered. The Lagos State Commissioner of police, Imohini said in an interview that the police would wait for the autopsy result to determine the direction of their investigation. The autopsy report has now been released and it reveals that Tagbo died from
the consumption of too much alcohol.
The result also showed that he had alcohol and drugs in his system capable of easing a person into the early stages of hypothermia and
eventual death.
The toxicology tests detected alcohol (Bacardi 151, 75.5% Alcohol) and topiramate, a medication for epilepsy and/or migraines in a man’s system,
in Tagbo Umeike. Tagbo’s blood-alcohol concentration (BAC) was at 0.112, higher than the 0.08 legal limit for normal human being state, the
coroner’s office stated.
While his family claims that Tagbo “didn’t have a prescription for any type of topiramate medication”, the autopsy office stated that the amount of drug in Tagbos’ system was in the
“therapeutic range.”
A statement by the coroner’s office
said;

“Alcohol and topiramate are
synergistic. When combined, the
effect of either or both drugs is
enhanced. Topiramate, like
alcohol, can cause dizziness,
impaired memory, impaired
concentration, poor coordination,
confusion and impaired
judgment. Central nervous system
depression, or impairment,
combined with cold exposure can
hasten the onset of hypothermia
and death.”