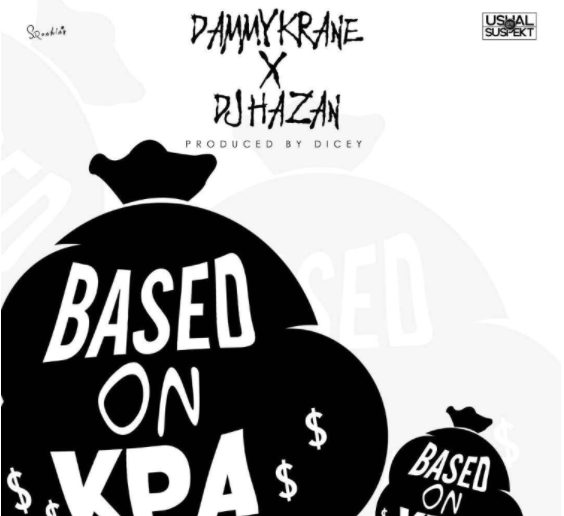 DJ Hazan x Dammy Krane – Based On
Kpa. DJ Hazan and long time collaborator, Dammy Krane team up again on this new wave titled Based On Kpa which is a follow up to Bolanle which was released in March.
Based On Kpa is produced by Dicey and will certainly rock the airwaves.
Enjoy below