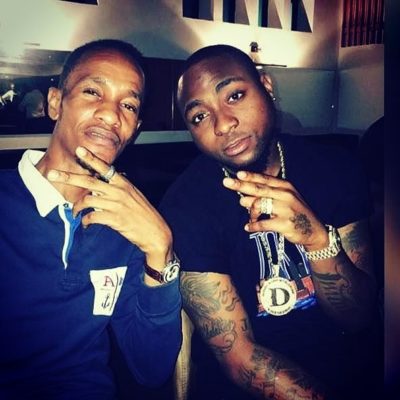 Davido has been cleared off the case linking him to the death of Tagbo, his late friend. The singer made series of social media posts suggesting that the case has been concluded and that he is
now going to focus on making music.
It is said that two of the singer’s friends, and his driver, who were arrested last week over the same issue of Tagbo’s death, are still in police
custody. The singer’s friends, Agbaje Olaoye and Idris Busari, were arrested last week Wednesday, October 11th, after Davido went in their company to see the commissioner of Police in Ikeja, who then ordered their arrest. The reason for their arrest is said to be because they abandoned the
body of the late Tagbo at the hospital on October 2nd. Davido’s driver, Tunde Usutu, who was also arrested is also still in police custody.
The latest report has it that two other people have been arrested over the issue under investigation. They are said to be in Panti Police Station.
However, Davido has been cleared off any complicity in the death of Tagbo.