He Stole My Beat – Ghanian Producer Calls Out Sarkodie 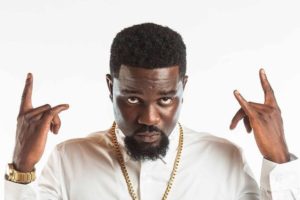 It appears that we are in the era of stealing of beats and refusal to give credit to whom it is due, in the African music space. Not too long ago, Davido and Ichaba were accused of ripping
off two up and coming producers of their creative content and not crediting them duly for their work.
The cursor now shifts to Ghanaian rapper, Sarkodie. The rapper has been called out by a Ghanaian producer named Gafacci, for stealing a beat from him and using it to record a song
titled, All I Want Is You, without giving him due credit. The track is the15th track on his recently released, Highest album. The producer took to
twitter to call out the respected rapper.
See his post below. 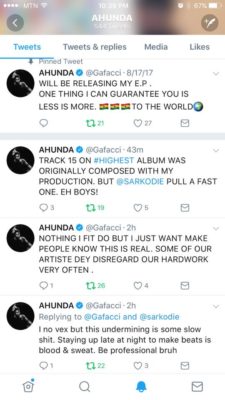